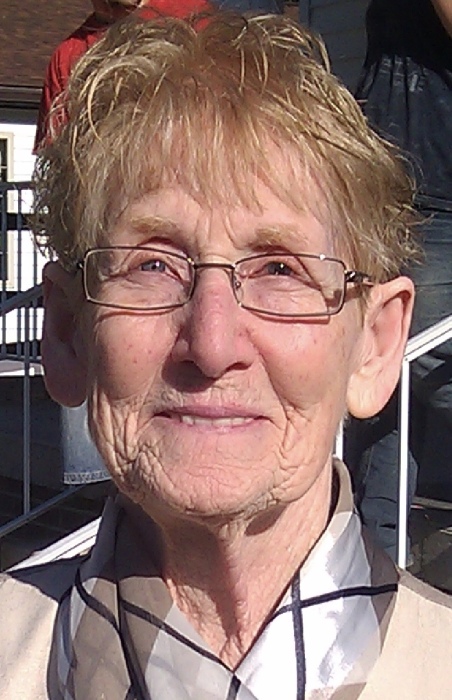 Winnifred Nell (Tracy) Skidmore of Webster Springs, loving mother and wife, passed from this life on Thursday, May 30, 2019 at Ruby Memorial Hospital in Morgantown after a stroke.  She was born October 13, 1929 in Webster Springs, the daughter of the late Reverend William and Nettie (Cochran) Tracy.

She was preceded in death by her husband of 53 years, Charley B. Skidmore, sisters Aretha Parker, Jewell McCourt, Inez Life and brother Denver Tracy.  Winnifred worked most of her working life at the court house in Webster Springs as a Deputy Sheriff, Chief Clerk of the Assessor’s office and was the first woman County Assessor in the state.

Winnifred is survived by two sons, Frank Skidmore of Elkview, with wife Judy and their daughter Kimberly Roberts and son Kevin Roberts with daughter Christen; Brent Skidmore of Fairmont, with wife Mara and their son Curtis.  Daughters Charlene McQueen of Fairmont and husband Bill McQueen with daughters Whitney McQueen and Casey Wilson; Cheryl Davis of Webster Springs with husband Rocky Davis and their children Dalton Davis and Charla Davis (with son Hayden).  She’s is also survived by one brother William (Junior) and Patty Tracy and sisters Zana Freeman, Martha and Richard Cole, Louise Tracy and Norma and Thomas Knight.

Winnifred “Wink” is no longer with us but she will remain in the hearts of those who knew and loved her.  She donated her body to the Human Gift Registry at West Virginia University. Friends and family are invited to celebrate the life of Winnifred Skidmore at Dodd and Reed Funeral Home at 1PM on Wednesday, June 12th in Webster Springs culminating with a memorial service officiated by Rev. Reggie Stewart to begin at 1:30 PM.  A reception will be held after the service at the Webster Springs Municipal Building.

Dodd & Reed  Funeral Home is honored to be serving the Skidmore family.

To order memorial trees or send flowers to the family in memory of Winnifred Skidmore, please visit our flower store.

Gathering of Family and Friends