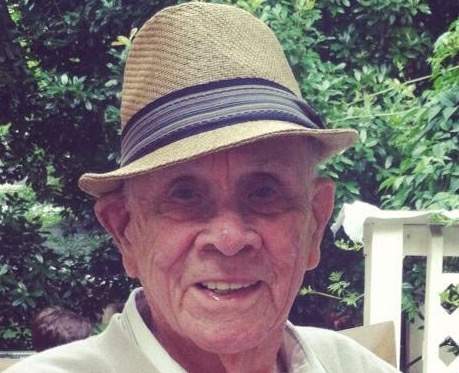 Born September 22, 1917, at Arcola, WV, near Cowen, in Webster County, Wilson was the son of the late Clarence N. Woods and Ethel Given Woods.  In addition to his parents, he was preceded in death by two brothers, Victor and Harold Woods and his beloved wife of 57 years, Sheila Elizabeth Payne Woods.

A graduate of Cowen High School, Wilson attended Salem College and later graduated from West Virginia Wesleyan College and West Virginia University.  A life-long educator, Wilson began his storied career in a one-room school, Houston Run in Webster County in 1936.  World War II interrupted his teaching responsibilities for a three-year stint in the United States Army Air Corp where he was ultimately stationed in England during the closing months of World War II’s European campaign.  An Honorable Discharge in 1945, allowed him to marry, start a family and resume his duties for Webster County Schools, where, in addition to teaching, he became a principal, supervisor, assistant superintendent, and in 1950 was named superintendent of schools for a brief time.

A career realignment in 1964 found Wilson, with his family, at West Liberty State College working half-time for the college and half-time for the West Virginia State Department of Education.  After retirement, Wilson worked part-time for Ohio Mid-Eastern Regional Education Service Agency, in Steubenville, OH, to fulfill more than fifty years of service to America’s school children.

A man of many talents, Wilson was well known for his interest in 4-H Club activities, the Webster County Fair, an accomplished square dance caller, a renowned wood carver, entertaining auctioneer, passionate needle-point artist, gardener extraordinaire, and an accomplished storyteller to all who had the time to listen to a good “yarn.”   Wilson was a regular attender at his mother’s Given Family Reunion, held annually at Upper Glade, and was frequently present at his Cowen High School Reunion, at Camp Caesar’s Rhododendron Dinning Hall, in Webster County.

Friends may call at the Dodd & Reed Funeral Home, 155 McGraw Avenue, Webster Springs, WV, one hour prior to a scheduled service for Wilson on Saturday, October 21, at 1:00 p.m.  Wilson’s final resting place will be beside his wife Sheila at the Given Family Cemetery in Upper Glade, WV, a mile from their much beloved Camp Caesar 4-H Camp, along the beautiful Gauley River.

To order memorial trees or send flowers to the family in memory of Wilson Woods, please visit our flower store.