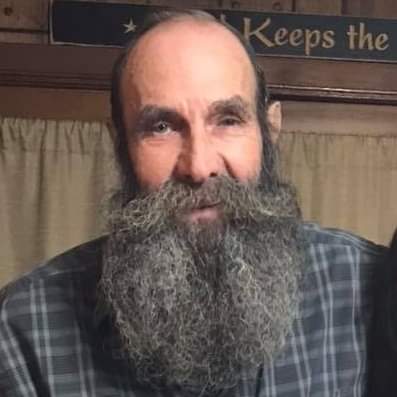 William “Bill” Triplett, 75 of Bergoo, passed away on Sunday, July 14, 2019 at the VA Hospital in Pittsburgh. He was born July 05, 1944 in Bergoo to the late Preston and Theta Cummings Triplett. He was preceded in death by his son Tony Triplett; brother Robert Triplett; and sister Noritta Kerens.

Bill is survived by his loving wife Barbara Kessler Triplett and son Rayden Triplett; children Sally Conley, Jeff Lyke, Hollie (Tim) McIe, and Monica (Craig) Boggs. Along with his children, 12 grandchildren and six great-grandchildren are left behind to cherish him. He also leaves behind his brother James Triplett, sister Patty Riley, and a host of other extended family and friends.

Farming was his passion and he was a coal miner most of his life. He was a United States Army Vietnam Veteran. Bill enjoyed sitting on the porch and telling stories.

Friends may join the family for visitation on Friday, July 19, 2019 from 6:00 to 9:00 PM at Dodd & Reed Funeral Home. Funeral Services will be held on Saturday at 1:00 PM at the Funeral Home with Pastors Bennie Cowger and James Triplett officiating. Interment with Military Honors will follow in Meadowland Cemetery, Bergoo.

In lieu of flowers, memorial contributions may be made to Friends of the Pittsburgh Fisher House, 394 Forbes Avenue, Box 241, Pittsburgh, PA 15213.

Dodd & Reed Funeral Home is honored to be serving the Triplett family.

To order memorial trees or send flowers to the family in memory of William "Bill" Triplett, please visit our flower store.