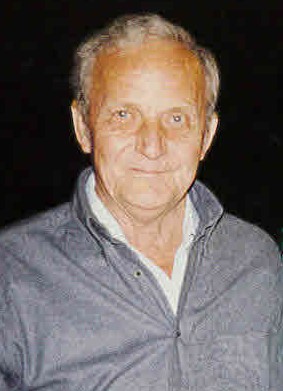 Walter Edwin Hinkle, 91 of Hacker Valley passed away on Tuesday, January 30, 2018 at Braxton County Memorial Hospital. He was born August 28, 1926 in Florence, Randolph County, a son of Harmon W. and Gay Anderson Hinkle. He attended Panther Lick School and was retired from the timber industry.

He lived nearly his entire life in the Replete area and was a beloved member of the community. When not in the woods scouting for timber, he could be found working behind the counter of one of a series of neighborhood stores, including Hinkle’s Grocery in Hacker Valley and on Cutlip Mountain, and later, Hinkle’s Sporting Goods. He was recognized by the Hacker Valley Volunteer Fire Department for more than twenty-five years of service and remained an honorary member. He enjoyed gardening, camping and live music shows. He adored and dearly missed his wife of 62 years, Ina Gae Lunceford Hinkle, who preceded him in death.

Friends may join the family for visitation on Saturday, February 3, 2018 from 11:00 to 12:30, with Funeral Services immediately following with Rev. Chris Cosner officiating. Private graveside services for family members will follow in the Hinkle Family Cemetery on the family farm in Replete.

Dodd & Reed Funeral Home is honored to be serving the Hinkle family.

To order memorial trees or send flowers to the family in memory of Walter Hinkle, please visit our flower store.