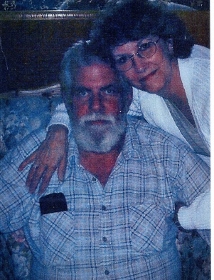 Terry Lance Lough, 72 of Airville, Pennsylvania died at York Hospital in York, Pennsylvania on Saturday, January 17, 2015. Terry was born in Webster Springs on June 22, 1942 a son of Levi Vincent Lough of Litchfield, Ohio and the late Inis Maxine (Evans) Lough.  He was a graduate of Webster Springs High School and served in the U.S. Air Force from 1963 - 1967, including one tour of duty in Vietnam. A longtime Maryland resident, he worked for 31 years at the Aberdeen Proving Ground in Aberdeen, Maryland from which he retired in 1995. He enjoyed working with his hands and was particularly fond of leather and wood crafts as well as Native American crafts.

Friends may join the family for visitation on Monday, January 26, 2015 from 6:00 to 9:00 PM at Dodd & Reed Funeral Home. Funeral Services to celebrate Terry's life will be held on Tuesday at 11:00 AM at the Funeral Home. Interment will follow in Big Run Cemetery, Diana. In lieu of flowers, the family requests memorial contributions be made to the Wounded Warrior Project, P.O. Box 758517 Topeka, Kansas 66675.

To order memorial trees or send flowers to the family in memory of Terry Lough, please visit our flower store.