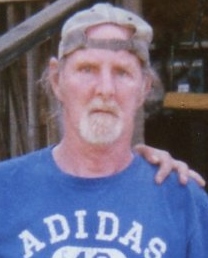 Stephen Edward Lewis, 62 of Webster Springs passed away on Tuesday, October 1, 2013 at his residence. He was born December 8, 1950 in Richwood to Wolford and Margie Webb Lewis and was a Sanitation worker for Smalley's Sanitation. He was a lifelong resident of Webster County and was Protestant by faith. He enjoyed hunting, fishing, woodworking, and doing mechanics.

Stephen is survived by his companion Patricia Smith; sons Stephen Edward Lewis II of Richwood and Christopher Lynn Lewis of Cowen; step-daughter Shawna Lee Smith of Webster Springs; brothers Woody (Lana) Lewis of Springfield, OH, Jerry and Larry Lewis of Bolair, Danny and Bill Lewis of Upper glade, Charles Lewis of Bolair, and Wolford Lewis of Webster Springs; sisters Carolyn Handschumacher of Upper glade, Betty Nutter of Cowen, and Shirley Forga of Craigsville; and one grandchild. He was preceded in death by his parents and brother Ricky Lewis.

Friends may join the family for visitation on Sunday, October 6, 2013 from 2:30 to 4:00 PM at Dodd & Reed Funeral Home. Funeral Services to celebrate Stephen's life will be held at 4:00 PM with Pastor David Terry officiating.

To order memorial trees or send flowers to the family in memory of Stephen Lewis, please visit our flower store.