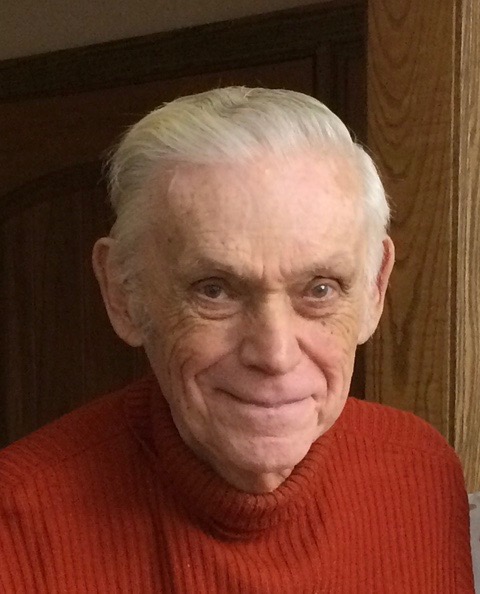 Stanley Judson “Judd” Anderson, 90, of the Hacker Valley/Cleveland community, passed away peacefully at his home on Friday, February 5, surrounded by his loving family. He had been in his usual health until a choking accident the week before. Judd was born in Lost Creek on February 22, 1930, the only child of the late Desper and Ella Maude (Jordan) Anderson. He was married to the love of his life, the late Amelia (Emme) Anderson of Edmonds, Washington, on December 31, 1951; they shared over 66 years of true partnership and marriage, until her passing on March 23, 2018 after many years of him caring for her at home.

Judd grew up in northern Webster County, attending several one-room schools on foot and then riding the bus to Webster Springs High School. He was part of the Class of 1948 but chose to enlist in the U.S. Army prior the Korean War, along with his buddies Laco Harrison and Junior Myers, instead of graduating. Following basic training, he was assigned to an administrative and clerical position at Fort Lawton, WA. It was while working there that he met Amelia on a blind date; they married on December 31, 1951, eventually returning to his West Virginia home where their two oldest children, Dusty and Mark, were born and where he completed his Bachelor’s Degree in Secondary Education at Glenville State College in 1955. After teaching in the states of Washington and Ohio and the birth of their daughter Casey, Judd and Amelia and their young family returned to Jerry Run where they built their home and where their younger daughter Renee completed the family. In his professional life, Judd was a beloved teacher, social worker, professor, administrator, mentor, and leader. He held many different positions including traveling salesman, storekeeper, child welfare worker, teacher and principal at Hacker Valley Grade School, principal at Walkersville School, and Superintendent of Tucker and Webster County Schools. Upon earning his Doctorate in Education Administration at WVU in 1974, he became known as Dr. Anderson to many, as Director of Student Teaching at Glenville State College and later at WVU-Parkersburg. He encouraged those under his guidance to aspire to greater things, he led by wise example, and he made people feel valued. A natural leader, he was elected State President of the WV Association of Retired School Employees from 1998- 2000. In addition, he served as a member of the Army National Guard in Buckhannon in the 1970s and enjoyed woodworking, gardening and mowing, as the sight of a well-maintained yard brought him great satisfaction. Upon retiring, Judd began another career as a community leader, grant writer, and all-round volunteer. He was the force behind the creation of the Holly River State Park Foundation, and served as its first President for 17 years. Many of the amenities that make Holly River the special place that it is came about because of the Foundation’s efforts and his service: the Upper Falls Overlook, Laurel Fork Accessible Trail, the Carpenter Shelter, the Anderson Activity Building (later named in his honor), and probably his favorite project, the Windy Gap One-Room School Museum. He went on to found the Northern Webster County Improvement Council and was instrumental in writing grants for the Mountain Parkway Byway and Backway, with its numerous scenic, cultural, and historic stops, signage and maps. Not only did he help to build many project fixtures, but he could often be found weedwhacking around them and making repairs. Because he took great pride in his community, he participated in the Adopt-a-Highway program, keeping a section of Rt. 20 near his home free of litter for a many years, often enlisting his grandchildren in the cleanup. For several years he operated the Touch of Nostalgia craft shop near his home, selling items made locally and promoting area history. Judd’s early days, curiosity, and encyclopedic memory of local history led him to pursue his life-long hobby as a genealogist, author, and collector of historic photos which he catalogued and shared with others. He compiled and self-published genealogies of several local families including the Andersons, Jordans, and Cowgers, and went on to research, conduct interviews, and write books on the history of one-room schools and post offices in the area, the Cleveland community, local cemeteries and folk tales, and his best known, The Kanawha Head Project, a History of Holly River State Park, among several others. He kept the Anderson family reunion flame going and worked to improve the Alexander Anderson Cemetery where many of his forbearers are buried. Throughout his career and long retirement, Amelia remained his staunchest supporter, equal partner, and anchor. Judd was a life-long member and faithfully attended Jerry Run United Methodist Church which was located close to his home. He served as groundskeeper, always making sure that the church yard was freshly mowed and trimmed for Sunday services and helping with construction projects there. He also enthusiastically supported his son Dusty’s music endeavor, the Jerry Run Summer Theater, and could often be found mowing and trimming the property and attending concerts. More than any of his achievements, Judd was proudest of his family and loved them with all his heart. He was a true gentleman and often declared, “We have such a good family.” And by good, he meant loving, and perhaps, some unspoken quality known only to him but hinted at by a quiet smile when his family was mentioned.

He is survived by four children, six grandchildren, and five great-grandchildren; Sons: Stanley J. “Dusty” (Renee) Anderson, Jr. and Mark Herman (Sue Mustain) Anderson; Daughters: Emelie Marie “Casey” (Kenneth) Chapman and Cynthia Renee (Brian) Dotson; Grandchildren: Kenna (Dr. Raymond) Leonard, RN; Dr. Emme (Mark) Jackson; Dr. Jonas (Emily) Anderson, Halley Anderson, Sydney Dotson (fiancé Richard Lednak), and Grace Dotson; Great-grandchildren: Reis Leonard, Kenzie Leonard, Ike Jackson, Ava Rose Jackson, and Evelyn Anderson, as well as his “adopted” family, Tish and Kim Lake and Pat Mollohan. He is also survived by his sister-in-law, Betty Sue Emme, two nephews, a niece and their families in Washington state, and by several cousins on both the Jordan and Anderson sides. His faithful caregiver Marian Bender and good neighbor Lena Gunnoe were also like family to him. Judd did all the good he could in his long and productive life; he leaves behind much to remember him by, but it is the example of his life, his wit, and his love that endures in the hearts of his family and all who knew and loved him.

A socially-distanced and masked walk-through-only visitation will be held from noon to 1:00 p.m. on Saturday, February 13 at Jerry Run UM Church near Hacker Valley, followed by a graveside service with military honors at 2:30 at the Upshur Memorial Park in Tennerton, with Pastor Dave Bowen officiating. Plans will be made for a Celebration of Life at Holly River State Park at a later date.

In lieu of flowers, donations may be made to the Holly River State Park Foundation, PO Box 2, Hacker Valley, WV 26222.

To order memorial trees or send flowers to the family in memory of Stanley Anderson, please visit our flower store.