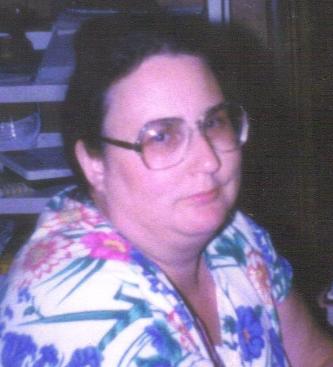 Sandra Sue Green, 56 of Webster Springs passed away on July 28, 2011 at United Hospital Center in Clarksburg, WV.  She was born April 12, 1955 in Toledo, Ohio to John and Pauline Feeney, Sr. and was a PI Monitor for Webster and Nicholas Counties and also worked for Webster County Senior Citizens.  She was pentecostal by faith, enjoyed crochet, quilting, sewing, and cooking.  She was a Graduate of Spencer Sharples High School in Toledo and Bowling Green State University in Bowling Green, Ohio.

Friends may join the family for visitation on Sunday, July 31, 2011 from 6:0 to 9:00 PM at Dodd & Reed Funeral Home.  Funeral Services will be held on Monday, August 1, 2011 at 11:00 AM at the Funeral Home with Rev. Edward Green of Webster Springs officiating.  Interment will follow in Joe McCourt Cemetery, Webster Springs.

To order memorial trees or send flowers to the family in memory of Sandra Green, please visit our flower store.