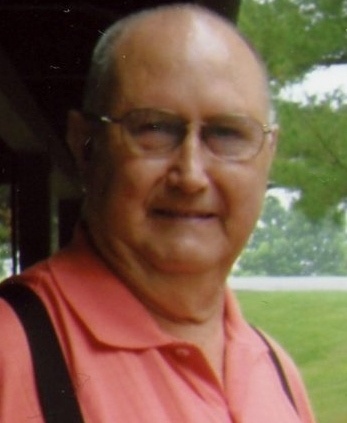 A joyful celebration was had in Heaven on Tuesday, April 2, 2013 when our beloved dad, pawpaw and brother, Robert Melvin Morris, 77 of Sophia, went home to be with his Lord and Savior.  Waiting on him with open arms was the love of his life to whom he was married 47 years, Virginia Marlene Coleman Morris, whom he said many times that he could not wait to be with again, together with their family.  He passed away at Heartland of Beckley following a short illness.

Robert was born September 22, 1935 at McAlpin, WV, the son of the late Jeffrey Roosevelt and Mary Loraine Doss Morris.  He was also preceded in death by two sisters Rose Marie Morris and Francis Mack and three brothers Thomas, Harry, and Donald Morris.  He was a member of Sophia First Baptist Church for over 53 years where he was a member of the choir, served as Deacon, Sunday School teacher, and taught Awanas.  He loved working on cars, collecting Hot Wheels, watching Nascar, traveling with his grandson, and spending time with family and friends.  His greatest joys were his grandchildren.

He served in the United States Air Force from 1952-1956 and received an Honorable Discharge.  He worked for Westmoreland Coal Company in McAlpin for over 27 years, Magnatite, Auto Works, Jim's Engine Service, and Advance Auto in Sophia and Beckley.

Those left to cherish his memory is his daughter Beverley Chandler and her husband Tom, along with their children Felicia, Nick and Madison of Beckley; son Rodney Morris and his wife Gina and their children Nathaniel and Cole of Fort Worth, TX; two sisters Evelyn Richards of Sophia and Dottie Adams and husband Carl of Maryland; many nieces, nephews, great-nieces and nephews, and great-great-nieces and nephews, and friends; and special friends Eugene Evans and Doug Doss.

Friends may join the family for visitation on Friday, April 5, 2013 from 6:00 to 9:00 PM at Sophia First Baptist Church.  Funeral Services will be held on Saturday at 1:00 PM at the Church with Pastor Charlie Gilbert officiating.  Interment will follow in Blue Ridge Memorial Gardens.  Military Honors will be provided by Addison-McLaughlin VFW Post 3738 of Webster Springs.  In lieu of flowers contributions may be made to the family c/o Beverley Chandler 122 Myles Avenue, Beckley, WV 25801.

To order memorial trees or send flowers to the family in memory of Robert Morris, please visit our flower store.