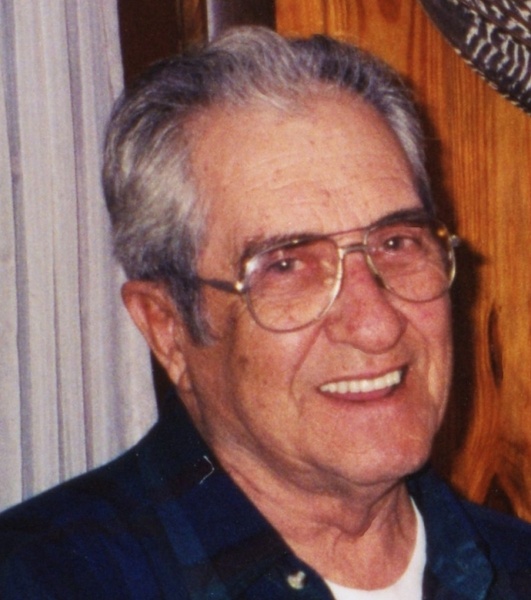 Richard “Pete” Cogar passed from this life October 9th 2015 at the Hubbard Hospice House in Charleston. Pete was born on what is known as the Bee Farm in Bolair on July 7, 1923 and was the son of the late Oscar and Amelia Davis Cogar.  From a family of ten children, June Deel Wilson is the only surviving sibling, along with many nieces and nephews.  Also preceding him in death are his sisters, Retha Mason, Lenore Hanlan and Hazel Adamy; brothers, Claude, Cecil, Russell “Bud”, Harry and Carlton Cogar.

Pete served in the CCC under Roosevelts New Deal at Camp Cranberry.  He started his coal mining career as a young man when his Uncle Bill Davis took him to Cabin Creek, WV.  After marrying his sweet heart of many years he was drafted into the Army for WW II where he served for 2 ½ years.  He participated in the invasion of Southern France and was in five different countries with the 93rd Armored Artillery Battalion.  Upon returning home he resumed his coal mining career and worked several different locations in WV including Curtin, Bolair, Peters Creek, Tioga, Buckhannon and Boone Co.

He and his family always enjoyed hunting and fishing together.  He and Cubby loved to sing together at church.  Their trademark song became “Walk the Last Mile Together”.  They also enjoyed going to the senior center in Webster Springs where they made many good friends.

Pete always said it would be terrible to pass away in the Spring when everything was budding out anew, If we had to lose him we are glad it was in the Fall as it seems more appropriate.

Please click here to view the video tribute
To order memorial trees or send flowers to the family in memory of Richard "Pete" Cogar, please visit our flower store.