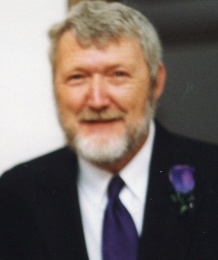 Ralph Arnett Bankhead, 70 of Webster Springs went home to be with the Lord on Wednesday, February 12, 2014. He was born April 3, 1943 in Grassy Creek to Frank and Orpha Clevenger Alkire, was a lifelong resident of Webster County, and was a United States Army veteran. He was a self-employed contractor who helped anyone and everyone, no matter the job. Ralph attended the Compassionate Hope Church of God. He loved God, his family, his church, and his greatest goal in life was to win people to God. He was an inspiration to all who knew him and was an example of what a man should be. He enjoyed hunting, fishing, helping people, and was a man of integrity and honor. He was a Master of all Trades who loved his community and his customers who were with him through the years. His greatest joy was his grandchildren. How he loved his grandchildren!

Friends may join the family for visitation on Sunday, February 16, 2014 from 6:00 to 9:00 PM at Dodd & Reed Funeral Home. Funeral Services to celebrate Ralph's life will be held on Monday at 1:00 PM with Rev. Eddie Bender officiating. Interment will follow in Fairview Cemetery, Webster Springs.

To order memorial trees or send flowers to the family in memory of Ralph Bankhead, please visit our flower store.