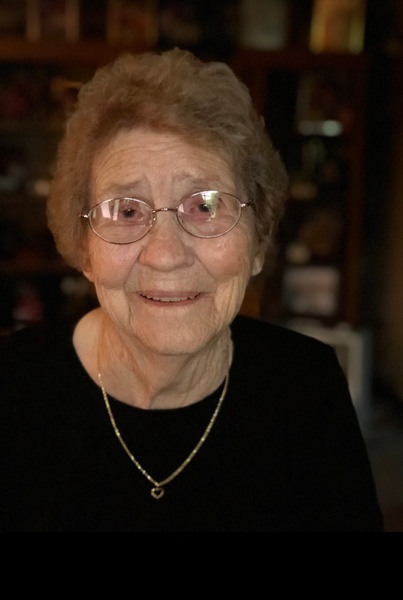 Opalene Stella Moffatt, 95, of Webster Springs passed away on Monday, November 29, 2021, at Webster County Memorial Hospital. She was born on November 16, 1926, in Bower, WV, to Delford and Amy Belcher Underwood.

She married Don Bazil Moffatt on June 10, 1951, in Webster Springs. Together they had 9 children. She started every day by taking in a view of the beautiful mountains that embrace Webster Springs, and then reading a devotional.

Opalene was the loving matriarch of a close-knit family. She showered affections on her children in a way that made each of them feel the most loved. Through the years, “I love you more” became her catchphrase.

Her tender heart and gentle nature were widely known throughout her community. She was the mother of nine, but many others called her “Mom.” A trip to the grocery store with Opalene took hours, because she had to take time to hug all of her “adopted” girls.

She modeled a pure love that will live on as her legacy.

Opalene found blessings even where others might find difficulties. She was able to create fun for her family even when there was little money to spend. Games like “I Spy,” or “Who’s Got the Button,” and times spent “skating” on powder sprinkled across the floor, turned out to be far more precious than money.

She had a passion for embroidery, and loved a great joke, an affinity that earned her the nickname “Opalene Silly.”

Opalene was a member of the First Baptist Church of Webster Springs, and its Ladies Circle, Sowards Circle, and Crusaders Class. She was proud to have worked at the Grand Café in Webster Springs.

Friends can join the family on Thursday, December 2nd beginning at 6 p.m. at the Dodd Reed funeral home in Webster Springs. Funeral services will be held Friday, December 3rd, at 1 p.m. with her sons-in-law Bro. Jeff Swecker and Bro. Charles Tenney officiating. Burial will follow at the Handschumacher Cemetery in Upper Glade.

Dodd & Reed Funeral Home is honored to be serving the Moffatt family.

To order memorial trees or send flowers to the family in memory of Opalene Moffatt, please visit our flower store.