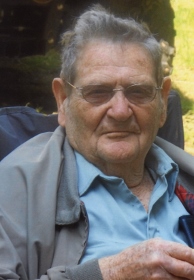 Oliver J. Miller, 88 of Gates Mills, Ohio, formerly of Webster Springs, passed away on Thursday, March 12, 2015 at his home. He was born November 05, 1926 in Webster Springs to Oliver and Elsie Cool Miller and was Methodist by faith. He was a United States Army veteran serving in France and Korea. He was a 1944 graduate of Webster Springs High School and in his younger years was an avid sports fan. He lettered in both basketball and football during his time at West Virginia Wesleyan College, where he graduated with a B.S. in Chemistry.  After serving in the military he moved to Ohio where he retired from Tremco Corporation after 40 years of service as a Chemist. His greatest joy was spending time with his family. He enjoyed family gatherings and picnics and was always supportive of his children, grandchildren, brothers, sisters, and other extended family that will miss him dearly.

Friends may join the family for visitation on Monday, March 16, 2015 from 12:00 to 2:00 PM at Dodd & Reed Funeral Home. Graveside Services will be held at 2:30 PM at Miller Cemetery with Rev. Brandon Moll officiating.

To order memorial trees or send flowers to the family in memory of Oliver Miller, please visit our flower store.