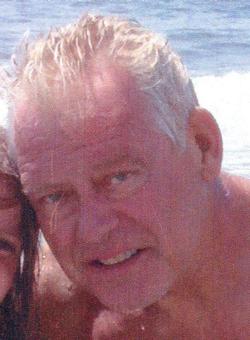 Maxell Lynn Hall, 64 of Newton Falls, Ohio, passed away peacefully on Saturday August 30, 2014 at the Hospice House in Poland with his loving family by his side. Lynn was born on September 27, 1949 in Guardian, the loving son of the late Haze Robert Hall & Beatrice Bell (McElwain) Hall. Lynn grew up in West Virginia and moved to Newton Falls, Ohio over 30 years ago. He married his loving wife Donna Dambeck on June 26, 1992, and they enjoyed 22 years of marriage together. He was an electrician working at General Motors in Lordstown until he retired in 2006 after 28 years. He served his country in the US Army working at Fort Bragg and at the pentagon during the Vietnam War. Lynn is a member of the Lake Milton American Legion. He was a very active and adventure loving man. He loved to hunt deer in WV, 4 wheeling, sky diving, but his biggest hobby would be working on his classic cars/ His 65 Dodge Coronet 500 with a Hemi engine, or his 1954 Chevy truck he just restored, or his 71 Dodge Demon. His greatest love and enjoyment though was his grandchildren.

Friends may join the family for visitation on Thursday, September 4, 2014 from 6:00 to 9:00 PM at Dodd & Reed Funeral Home. Graveside Services will be held on Friday at 2:00 PM at the West Virginia National Cemetery in Grafton with Chaplain Randy Jennings officiating.

To order memorial trees or send flowers to the family in memory of Maxell Hall, please visit our flower store.