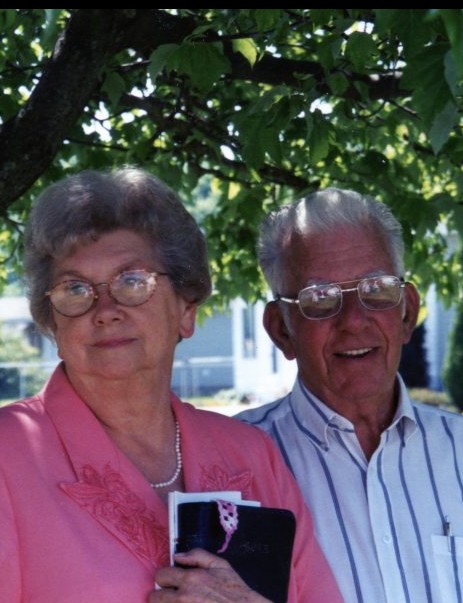 Levi Vincent Lough, 96, of Medina, Ohio, went home to be with his Lord and Savior and to reunite with his wife Inis, the love of his life for over 64 years, on Thursday, January 25, 2018. He was born February 1, 1921 at Hodam Mountain, Hacker Valley, to Gilbert and Orpha Gay Cutlip Lough.

Levi lived in Craigsville for many years and was a member of Hinkle Chapel. He was a hard working coal miner for over 34 years of his life. He loved working with wood and was a master craftsman.

Three years after the death of his wife, he moved to Ohio where he lived with his daughter Kathy and son-in-law Woody until he entered Life Care Center of Medina in December of 2015. There he was dearly loved by all his caregivers and the Hospice Team.

Friends may join the family for visitation on Monday, January 29, 2018 from 12:00 to 2:00 PM with Funeral Services at 2:00 PM at Dodd & Reed Funeral Home. Brother Kenneth Ward will be providing words of encouragement and the eulogy. Interment will follow in Big Run Cemetery, Diana.

Dodd & Reed Funeral Home is honored to be serving the Lough family.

To order memorial trees or send flowers to the family in memory of Levi Lough, please visit our flower store.