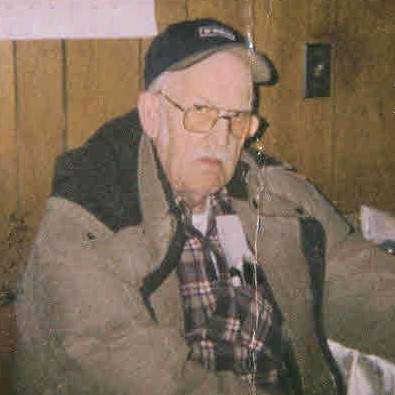 Lemon Junior Carpenter, 81 of Diana passed away on Wednesday, July 27, 2016 at Charleston Area Medical Center General Division. He was born May 5, 1935 in Webster County to Arthur Ray and Opal H. Perrine Carpenter and was owner and driver of his own taxi service.

He grew up in Guardian and was raised by Maggie Carpenter and Brother Dee. As a young man he moved to Ohio, where with the help of his wife Margie, he started several successful businesses. He even patented a miniature moonshine steel stationary. He enjoyed challenging himself to new ways to succeed. Among many things, he was a pilot and enjoyed flying with his family. He had a great love for instruments and music. He collected old fiddles and even helped restore one.

Lemon was a survivor no matter what life threw at him. Recently Lemon had given his heart to God. In the last few years of his life he resided with his daughter Marilyn, who took excellent care of him until he went home to be with the Lord. Papa you will be missed.

In lieu of flowers, memorial contributions may be made to Dodd & Reed Funeral Home to assist the family with arrangements.

Dodd & Reed Funeral Home is honored to be serving the Carpenter family.

To order memorial trees or send flowers to the family in memory of Lemon Carpenter, please visit our flower store.