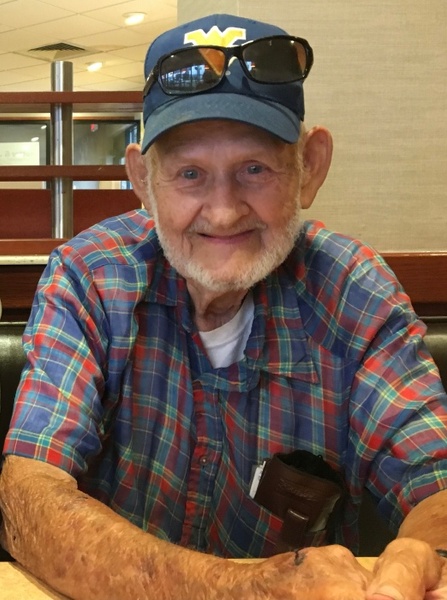 Kermit Melvin Harper, 88 of Hacker Valley passed away on Thursday, March 11, 2021 at Hubbard Hospice House in Charleston. He was born February 25, 1933 in Hacker Valley to the late Irvin Lee and Mabel Cowger Harper.

He retired from Ford Motor Company where he was Foreman for many years and was a United States Army Veteran. He enjoyed cutting grass, saying he had the best yard in the county; digging yellow root and ginseng; and was an avid hunter and fisherman. Kermit was a member of the Northern Webster County Improvement Council, designing pavilions which were placed in local areas.

Kermit is survived by his son Randy; daughters Rhonda, Renee’, and Becky; step-daughters Lori, Debbie, Brenda, and Donna; brothers Denver and Donnie; sister Norma; many grandchildren and great-grandchildren; his dogs Penny and Skipper; and several other extended family and friends to  mourn his passing.

In addition to his parents he was preceded in death by his wife Billie; son Rodney; and brother Harold.

In keeping with Kermit’s wishes, cremation has taken place and no services will be held at this time.

Dodd & Reed Funeral Home is honored to be serving the Harper family.

To order memorial trees or send flowers to the family in memory of Kermit Harper, please visit our flower store.