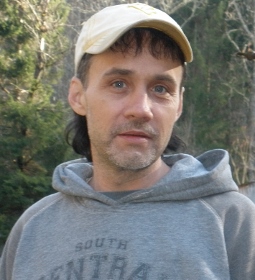 Kenneth Carl Mallow, 44 of Diana passed away suddenly on Wednesday, February 25, 2015. He was born May 11, 1970 in Elkins to Carl Richard Mallow and Sharon Powers Mallow McBride and lived the majority of his life in Randolph County. He enjoyed camping and fishing and working as a mason in the construction industry. His greatest joy was playing with his grandson.

Friends may join the family for visitation on Monday, March 2, 2015 from 4:00 to 6:00 PM at Dodd & Reed Funeral Home. Funeral Services to celebrate Kenneth's life will be held at 6:00 PM at the Funeral Home with Rev. Chris Cosner officiating.

To order memorial trees or send flowers to the family in memory of Kenneth Mallow, please visit our flower store.