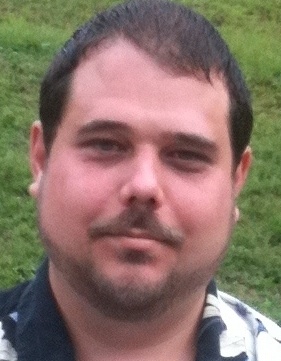 John graduated from Fairfax High School in 1992 and attended Northern Virginia Community College.  He loved working with computers and also making computer generated music.  He was a member of Cherrydale Lodge #42 in Arlington, VA.  He also liked to hunt and fish and played football and basketball.  He loved caring for the horses and especially his cat "Pow Pow".

John worked as a deputy clerk for the Fairfax County Juvenile and Domestic Court in Fairfax, VA.  He also worked in retail sales and as a Security Officer at Fair Oaks Mall in Chantilly.  He had numerous health issues and was disabled.

John was well liked by everyone he came in contact with and he will be sorely missed by his family and friends.

John was Catholic by faith and his Funeral Service will be held on Saturday, September 1, 2012 at 11:00 A.M. at St. Anne's Catholic Church, Webster Springs.  Interment will follow in Big Run Cemetery, Diana.  Friends may join the family for visitation on Friday, August 31, 2012 from 6:00 to 9:00 P.M. at Dodd & Reed Funeral Home.

To order memorial trees or send flowers to the family in memory of John Stone, please visit our flower store.