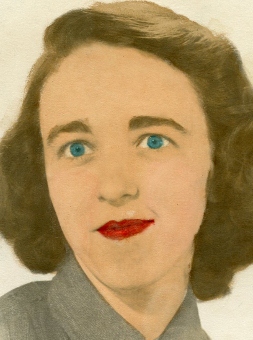 Jessie Ruth Cogar, 82 of Webster Springs went to Heaven on Monday, October 15, 2012 at United Hospital Center.  She was born September 28, 1930 in Webster Springs to Thomas Wayne and Edna June Bullion Moore and lived the majority of her life in Webster County, formerly living in Cleveland and Eastlake, Ohio.  She was a member of the First Baptist Church of Webster Springs, was a former ABW member, and enjoyed the days meeting people while working at Carpenter's 5 & 10.

Friends may join the family for visitation on Wednesday, October 17, 2012 from 6:00 to 9:00 PM at Dodd & Reed Funeral Home.  Funeral Services will be held on Thursday at 2:00 PM at the Funeral Home with Pastor Steve White officiating.  Interment will follow in Miller Cemetery.

To order memorial trees or send flowers to the family in memory of Jessie Cogar, please visit our flower store.