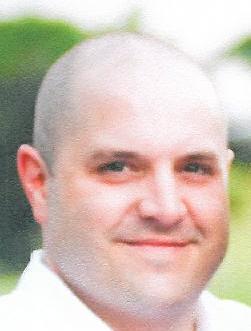 Jeremy Wayne "Muggs" Mahaffey, 39, of Canton, Ohio left this earth to become his children's angel on Saturday, October 12, 2013.  Jeremy was born in Elkins on May 20, 1974 to Jerry and Pam Mahaffey and spent his early years growing up in Webster County, graduating from Webster County High School in 1992.  In 1999 he moved to Canton, Ohio to begin his life with his wife Shawni Brake.  Born to this union were the precious blessings of Makayla Lou and Rayden Brake Mahaffey.  Jeremy was employed for over a decade by Marathon Petroleum in Canton where he worked as a shift supervisor.

Passions for Jeremy included hunting, fishing, and a humorous obsession for footwear and hats (a legacy he bestowed upon his daughter).  Jeremy's most important passion of all was his children who provided the light to his life. He was known for his infectious smile and quick wit.

"Daddy Days" provided Jeremy endless enjoyment with his princess Makayla and his baby boy Rayden.  Favorites included Chuck E. Cheese, Red Robin restaurant and shopping excursions to the mall to buy them anything they wanted.

Welcoming Jeremy to Heaven were his father, Jerry "Muggs" Mahaffey and his grandparents, Waldo and Bessie Mahaffey and Porter Hall.

Friends may join the family for visitation on Saturday, October 26, 2013 from 1:00 to 3:00 PM with Memorial Services at 3:00 PM at Dodd & Reed Funeral Home with Pastor Rich Demastus officiating.  Memorial services will be held at Reed Funeral Home in Canton, Ohio on October 19, 2013.

"Perhaps they are not the stars, but rather openings in Heaven, where the love of our lost ones pours through and shines down upon us to let us know that they are happy".

To order memorial trees or send flowers to the family in memory of Jeremy Mahaffey, please visit our flower store.