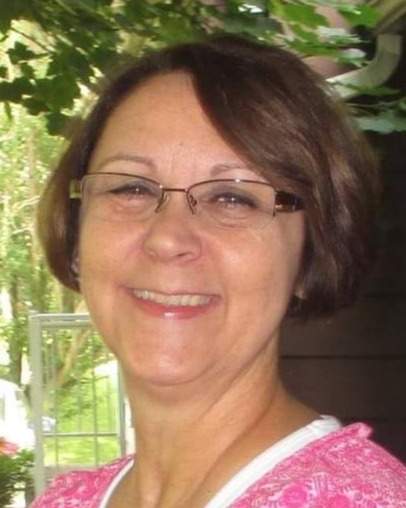 Janet Marie (Moffatt) Tenney, 64, of Exchange, WV went home to be with her Lord and Savior on Sunday, August 28, 2022 surrounded by her family.  She was born March 2, 1958 in Webster Springs, WV, the daughter of Don Bazil Moffatt, who survives, and the late Opalene Stella (Underwood) Moffatt.

Janet graduated from Webster Springs High School in 1976.  She married the love of her life, Charles Tenney, on August 10, 1977.  She worked for many years as the secretary for the West Virginia Association of Land Surveyors before following her husband’s call to serve the Lord in evangelism.  Through this call, Janet got to see many parts of the United States and make a multitude of very close friends whom she would visit year after year.  She even got the opportunity to travel to St. Lucia, Scotland and Israel.

When Janet was at home, she could likely be found in her sewing room or in the kitchen cooking.  She cherished time doing both, especially with her grandchildren.  She enjoyed spending as much time with her family as possible.  Janet loved a house full of people, whether relatives or church family that had come from near or far.

Friends may join the family for visitation on Saturday, September 3, 2022 from 5-9 PM at Dodd & Reed Funeral Home, Webster Springs.  Funeral Services will be held at 2 PM on Sunday, September 4, 2022 at the funeral home with Pastor Ryan Skidmore and Evangelist Robbie Morrison officiating.  Burial will follow at the Meadowland Cemetery, Bergoo, WV.

To order memorial trees or send flowers to the family in memory of Janet Marie Tenney, please visit our flower store.