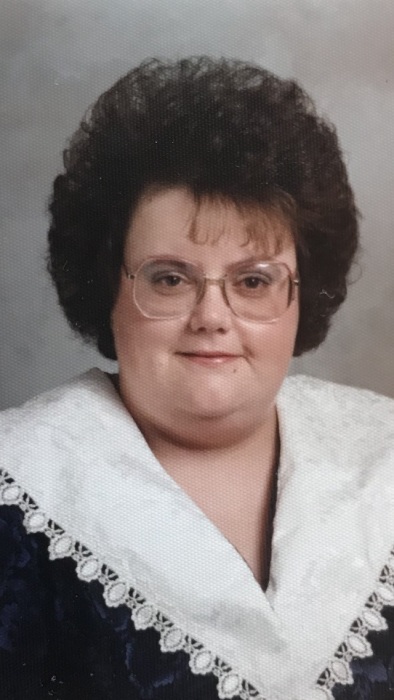 Janet Louise Clevenger of Webster Springs, WV went home to be with the Lord on March 31, 2019 after an extended illness.  Janet was born;  March 15, 1961 to parents, Ralph & Geraldine Clevenger.

Janet was born in Baltimore, MD and grew up in Finksburg, MD. She graduated from Westminster High School. Janet held and succeeded in several positions throughout her adult life; sales, factory work, secretarial and caregiver.

In 1998 she moved to Webster Springs, where she later became a member of the Bergoo Baptist Church and professed her Christian Walk with her Savior Jesus Christ.

Janet’s legacy will forever be in the hearts of all her nieces and nephews that she adored and loved. She was a very giving woman not only of herself, but her possessions, and most importantly her love. She enjoyed family genealogy, scrapbooking, reading, making candy, music, crafts, crocheting and sewing. She enjoyed collecting ceramic bells and butterflies.  Her favorite poem was Footprints in the Sand.

Friends may join the family for visitation on Friday, April 5, 2019 from 6-9 PM at Dodd & Reed Funeral Home. Funeral Services to celebrate Janet’s life will be held on Saturday at 2 PM at the Funeral Home with Pastors Bennie and Barb Cowger officiating.

Janet’s final resting place will be beside her Beloved Mother in the Hodam Creek Cemetery, Hacker Valley, WV.

Dodd & Reed Funeral Home is honored to be serving the Clevenger family.

To order memorial trees or send flowers to the family in memory of Janet Clevenger, please visit our flower store.