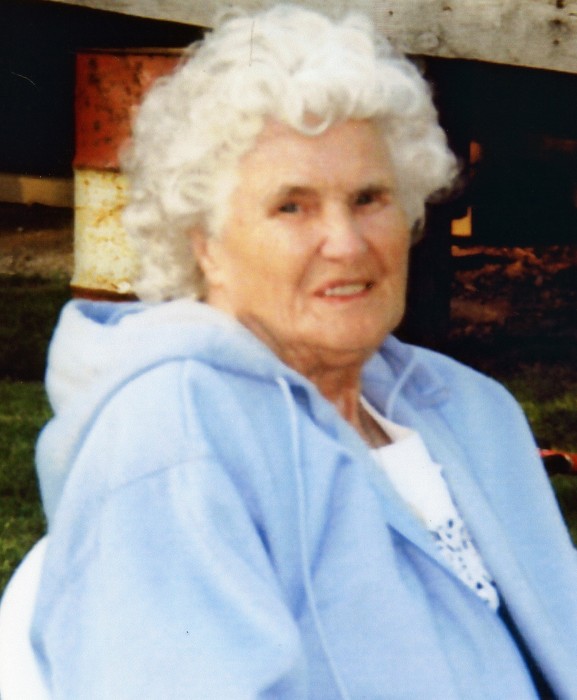 Ina Frances Neff McQuain, 94 of Hacker Valley passed away on Monday, June 19, 2017 at Ruby Memorial Hospital. She was born October 14, 1922 in Poole, WV to Alexander Hamilton and Lula Rosella Bennett Neff. She was a lifelong resident of Webster County and a homemaker. She previously worked for the Webster County Senior Citizens and the Holly River State Park Restaurant, where she was known for her raisin cake and gravy. She sold Blair and was a cook for a few years for the Webster County Board of Education. She was a member of the Hacker Valley Rebekah Lodge #91 of the Independent Order of Odd Fellows. She enjoyed life and loved her family and family trips. She formerly attended Chestnut Grove Church and more recently attended Mt. Nebo United Methodist Church.

Friends may join the family for visitation on Friday, June 23, 2017 from 5:00 to 9:00 PM at Dodd & Reed Funeral Home. Funeral Services will be held on Sunday, June 25, 2017 at 11:00 AM at the Funeral Home with Rev. David Jesse officiating. Interment will follow in Chestnut Grove Cemetery, Replete.

Dodd & Reed Funeral Home is honored to be serving the McQuain family.

To order memorial trees or send flowers to the family in memory of Ina McQuain, please visit our flower store.