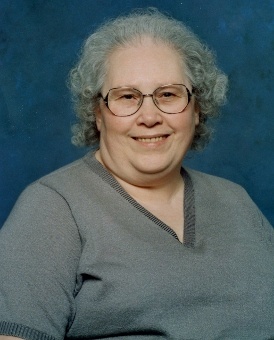 Geraldine Grace Pugh Roode, 79 of Diana passed away on Thursday, April 18, 2013 at her home.  She was born December 8, 1933 in Hacker Valley to Bernard W. and Lula McCartney Pugh and lived the majority of her life in Webster County.  She was a homemaker, an avid reader, enjoyed bird watching, growing and nurturing house plants, sewing and embroidery, and baking bread.  She participated in the Farmer's Market selling her breads, rolls, and candy until her health prohibited her from doing so.  She also exhibited her baked goods at the Webster County Fair and won several blue ribbons.  She was very self-sufficient and was able to do anything she set her mind to do.

Friends may join the family for visitation on Sunday, April 21, 2013 from 6:00 to 9:00 PM at Dodd & Reed Funeral Home.  Funeral Services will be held on Monday at 1:00 PM at the Funeral Home with Rev. Curt Davis officiating.  Interment will follow in Ware Cemetery, Brake Mountain, Hacker Valley.

To order memorial trees or send flowers to the family in memory of Geraldine Roode, please visit our flower store.