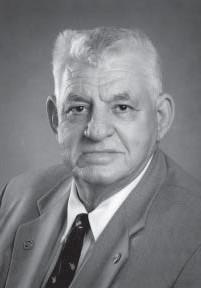 Gerald William "Jerry" Waybright, 79, of Washington passed away on September 17, 2019. He was born on July 20, 1940 to the late George William Waybright and Clara Rosa Lee (Hicks) Waybright in Pickens, WV. Jerry graduated from WVU with a degree in Forest Resource Management which led him to spend 38 years as District Forester of Parkersburg, having served as a forester for 43 years. He was a member of many groups including, WVU Division of Forestry Alumni Association, WVFA, Society of American Foresters, The Nature Conservancy, WV Conservation Ed. Council, The National Arbor Day Foundation, and Little Kanawha Rural Conservation and Development along with portraying "Smokey Bear" for more than any other individual in the state. He also served as Tree Farm area six chairmen.  Jerry received numerous forestry awards during his career, including the WVFA Forester of the Year in 2005 before his retirement in 2006 and later was inducted into the WV Agriculture and Forestry Hall of Fame in 2009.  He also demonstrated the WVFA scale model circular sawmill at the Mountain State Forest Festival, annual Timber and Wood Show and various other fairs and festivals.

Preceding him in death, along with his parents, is his first wife, Charlotte Lee Dodson Waybright; brother, James Albert Waybright; and sister, Rose Marie Young.

Additional visitation will be held Sunday, September 22, 2019 from 12-2pm at Dodd & Reed Funeral Home in Webster Springs, WV. Burial will be at Pickens Cemetery in Pickens, WV.

To order memorial trees or send flowers to the family in memory of Gerald Waybright, please visit our flower store.