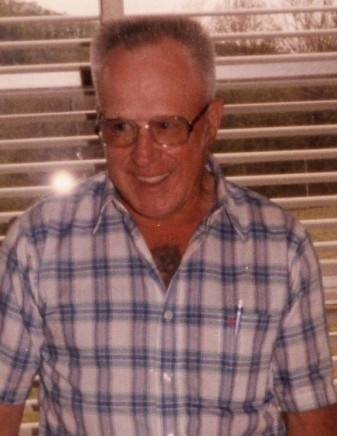 
Fredrick Junior Fox, 83 of Hacker Valley passed away on June 12, 2015.   He was born April 17, 1932 in Napier to Fredrick French and Hattie Taylor Fox and lived the majority of his life in the Nichols County area before relocating to Hacker Valley. He was a United States Army Veteran serving in the Korean Conflict, where he was an Airborne Paratrooper, receiving the Purple Heart. He retired from the WV Department of Highways where he was a truck driver for many years. He was a member of the Jerry’s Run United Methodist Church, the Summersville Mason Lodge, and was a born again Christian. He enjoyed driving truck, working, and staying busy.
Fredrick is survived by his son Johnny (wife Cheryl) Fox of Hacker Valley; brother Wilfred Lee (wife Ollie “Sis”) Fox of Cleveland, MS; grandchildren Johnni Lynn, Melissa Dawn, and John Fredrick Fox; step-grandchildren Courtney and Charles Coffman; six great-grandchildren; and several nieces and nephews. He was preceded in death by his parents; wife Delores Arlene Jordan Fox; son James Eddie Fox; half-brother Chester Fox; and half-sister Betty Fox.
Friends may join the family for visitation on Tuesday, June 16 from 11:00 to 1:00 at Dodd & Reed Funeral Home. Funeral Services to celebrate Fredrick’s life will be held at 1:00 PMwith Rev. Marty Cowger officiating. Interment will follow in West Virginia Memorial Gardens, Calvin.
Online condolences may be sent to the family at www.doddreedfh.com
Dodd & Reed Funeral Home is honored to be serving the Fox family.

To order memorial trees or send flowers to the family in memory of Fredrick Junior Fox, please visit our flower store.