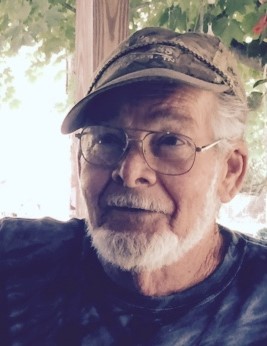 Frederick Garfield Freytag age 77 of Curtin passed away at home Thursday April 28, 2016 surrounded by his loving family.  He was born March 26, 1939 in Wartburg, TN and was the son of the late Clifford Woodrow and Dorothy Howard Freytag.  Also preceding him in death are two children, Tammy Hamlin and Michael Ray Miles; sister, Mary Davis and brothers, Bob, Conway and Curtis Freytag.

Fred was a member of the Barton United Methodist Church in Curtin serving as a Sunday school teacher and was a resident of Curtin for 25 years.  He loved hunting, gardening and was a master chief of the grill.  Fred was also a master carpenter that passed his skills to his wife, sons, sons-in-law and many others for which they are eternally grateful.  He showed his sons, daughters, grandchildren, great grandchildren and great great grandchildren much love and will be missed.

Service will be 1:00 PM Monday May 2, 2016 at Dodd & Reed Funeral Home, Webster Springs with Rev. Brandon Moll officiating.  Friends may call one hour prior to the service at the funeral home.

The family would appreciate donations be made to the American Heart Association 5455 N. High Street Columbus, OH 43214

Condolences may be sent to the family at www.doddreedfh.com.

To order memorial trees or send flowers to the family in memory of Frederick Freytag, please visit our flower store.