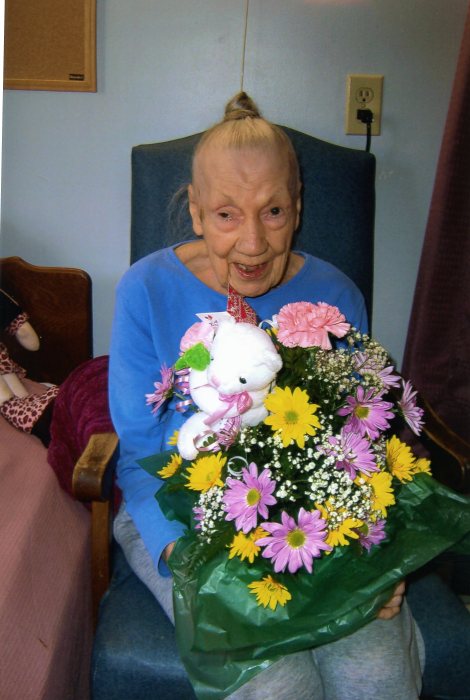 Eloise Brown, 97 of Cowen went home to be with her Lord on Thursday, December 22, 2016 at Webster Nursing & Rehab Center. She was born March 5, 1919 in Burnsville to Walter and Necie Scarff Davis and was a homemaker. She was a lifelong Christian who loved to sing and play guitar. She loved gardening, flowers, cooking, and was known especially for her spaghetti. She loved to sing and play bingo with her friends at Webster Nursing & Rehab.

Eloise is survived by her son Gary (wife Janet) Cutlip of Chagrin Falls, Ohio; daughter Debbie Cool of Cowen; five grandchildren; and seven great-grandchildren. In addition to her parents, she was preceded in death by her sisters Freda Knight and Bernadette Davis.

Friends may join the family for Graveside Services on Tuesday, December 27, 2016 at 2:00 PM at Orlando Cemetery in Orlando, WV.

Dodd & Reed Funeral Home is honored to be serving the Brown family.

To order memorial trees or send flowers to the family in memory of Eloise Brown, please visit our flower store.