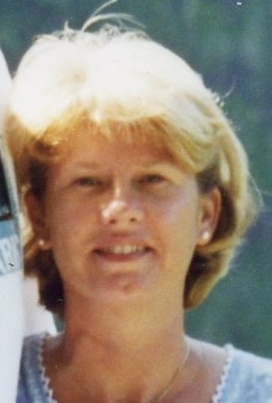 Dunett Sprietsma, 57 of New Orleans, LA, previously of Clarksburg passed away on Wednesday, September 25, 2013 at her residence.  She was born January 4, 1956 in Baltimore, MD to Denzil and Emalee Nicholson Crouse and was a homemaker and an LPN.  She enjoyed cross-stitch, needlework, antiquing, and traveling and attended Hammond United Methodist Church in Clarksburg.

Dunett is survived by her husband Gavin Sprietsma; son Gary Paul Scheuvvont of New Orleans; mother; brother Emeroy Crouse of Baltimore; sisters Nanett Frazier of Preston County and Janie Pack of Clarksburg; and five grandchildren. She was preceded in death by her father and sister Jaett.

Friends may join the family for visitation on Thursday, October 3, 2013 from 6:00 to 9:00 PM at Dodd & Reed Funeral Home. Funeral Services to celebrate Dunett's life will be held on Friday at 1:00 PM with Pastor David Webb officiating. Interment will follow in Crouse-Clifton Cemetery, Jumbo. Memorial contributions may be made to Hammond United Methodist Church of Clarksburg, WV.

To order memorial trees or send flowers to the family in memory of Dunett Sprietsma, please visit our flower store.