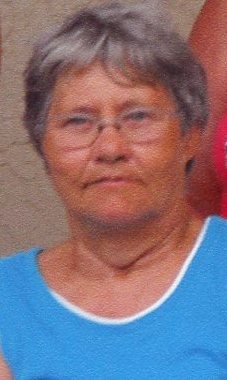 Donella Hamrick-Eads-Tustin, 68 of Alma, WV, formerly of Webster Springs went home to be with the Lord on October 16, 2011 at 11:57 pm at the Camden Clark Medical Center in Parkersburg of an extended illness.

She was born January 26, 1943 in Webster Springs to Orden V. and Bessie Mae Schofield Hamrick and was a Christian by faith.  She was a member of the Victory Methodist Church in Alma, loved to sing, crochet, and fish as well as gardening, canning, raising beautiful flowers, and going to the beach!  Her greatest joy was spending time with her family, children, and grandchildren.  At Christmas time she turned into a child again and was one of Santa's best helpers.  She would bring so much joy to the little ones as she helped Santa deliver his letters and she also dressed up as Mrs. Claus to help the needy children in the community.

Friends may join the family for visitation on Friday, October 21, 2011 from 6:00 to 9:00 PM at Dodd & Reed Funeral Home.  Funeral Services will be held on Saturday, at 12:00 PM at the Funeral Home with Rev. Eugene "Butch" Rose, a very special brother-in-law, officiating.  Interment will follow in Hamrick Family Cemetery on Point Mountain.

In lieu of flowers the family requests memorial contributions be made to Dodd & Reed Funeral Home to assist the family with final expenses.

To order memorial trees or send flowers to the family in memory of Donella Hamrick-Eads-Tustin, please visit our flower store.