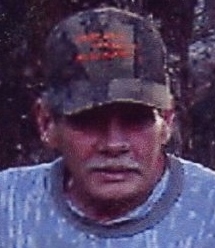 Charley Ray Brady, 66 of Cowen, previously of Ocala, FL passed away on Tuesday, August 13, 2013 at his residence.  He was born May 6, 1947 in Morgantown to Charles Robert and Lenora Bankhead Brady and lived the majority of his life in Webster County and was Baptist by faith.  He was a Butcher, a member of the American Legion, the 351st MP Unit for 13 years, and enjoyed hunting, fishing, and spending time with his grandchildren.

Charley is survived by his wife Patty Darlene Noble Brady; daughters Wendy (Dink) Clutter of Cowen and Tina Warren of Camden-on-Gauley; brothers Robert "Bob" Darrel Brady of Webster Springs and Delbert Brady of MD; and five grandchildren.  He was preceded in death by his parents and granddaughter Stephanie Marie Clutter.

Friends may join the family for visitation on Friday, August 16, 2013 from 6:00 to 9:00 PM at Dodd & Reed Funeral Home.  Funeral Services to celebrate Charley's life will be held on Saturday at 11:00 AM at the Funeral Home with Rev. Wendell Gum officiating.  Interment will follow in Clifton Ford Cemetery, Webster Springs.

To order memorial trees or send flowers to the family in memory of Charley Brady, please visit our flower store.