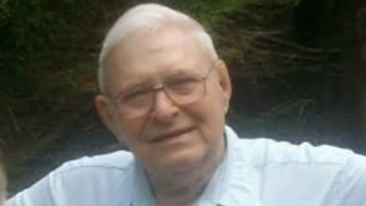 For death begins with life’s first breath and life begins at the touch of death….

Charles Lloyd Hall, 76, took his last earthly breath and his first Heavenly breath at 2:30 pm on Saturday, April 23, 2016 at his home in Diana with his wife Janet Wyatt Hall by his side and surrounded by the love of his family. His long battle with cancer is finally over.

He was born on August 14, 1939 in Diana to Orval Lloyd and Malinda Evelyn Brown Hall. He married Janet Lorraine Wyatt, whom he said was a blessing sent to him from God, on September 16, 1967 in Diana, and they have been married going on 49 years. They raised seven children in a home full of Faith, love and laughter. He was most proud of his children, grandchildren, and his great-grandbabies; the littlest faces brought him the greatest joy, along with reading his Bible and passing on his knowledge and understanding of the Word of God, even if it was to a complete stranger whom he just met. He was always a great witness for the Lord. He was loved by everyone that he met and he loved them in return. The greatest tragedy of his life was to be preceded in death by his granddaughter, Jamie Lee Hall, at the age of 17. Her death is something that left him heartbroken.

He was Union Mission by faith and attended many of the community churches before he became too ill to attend. He preached many sermons and received many blessings from God in his life. He worked 21 years in the coal mines and spent 23 years working in the woods, timbering logs and operating a sawmill and making wood posts and rails.

He was preceded in death by his granddaughter Jamie Lee Hall; parents; and brother Donald Hall.

Family invites friends to join them for visitation on Thursday from 6:00 to 9:00 PM at Dodd & Reed Funeral Home. Funeral Services to celebrate Lloyd’s life will be held on Friday, April 29, 2016 at 12:00 noon at the Funeral Home with Brother David Chapman giving the Eulogy and Pastor Curt Davis officiating. Interment will follow in the Cogar Cemetery, Guardian.

He always said “Don’t send me flowers when I die, come to see me while I’m still alive.” With that being said, in lieu of flowers we are asking that you make memorial contributions to Dodd & Reed Funeral Home to assist with Funeral arrangements.

To order memorial trees or send flowers to the family in memory of Charles Hall, please visit our flower store.