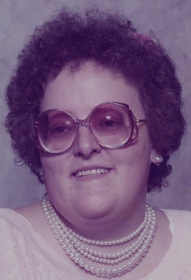 Carolyn S. DeMoss, 58 of Roanoke, VA passed away on Saturday, February 16, 2013 at Friendship Health Care Center.  She was born May 11, 1954 in Webster Springs to Russell and Olive Eubank DeMoss and worked in housekeeping for many years.  She attended Wabum Revival Center and was Pentecostal by faith.  She enjoyed crafting, fishing, working puzzles, and collecting dolls.

Friends may join the family for visitation on Friday, February 22, 2013 from 6:00 to 9:00 PM at Dodd & Reed Funeral Home.  Funeral Services will be held on Saturday at 11:00 AM at the Funeral Home with Rev. Paul Rounds officiating.  Interment will follow in Holly River Baptist Church Cemetery.

To order memorial trees or send flowers to the family in memory of Carolyn DeMoss, please visit our flower store.