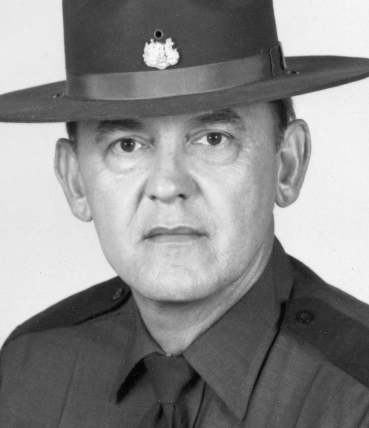 Carl William "Bill" Chapman, 77 of Webster Springs passed away on Tuesday, July 17, 2012 at CAMC Memorial Division after an extended illness.  He was born November 9, 1934 in Huntington to Charles and Hazel Weekly Chapman and was a United States Navy Veteran and protestant by faith.  He lived the majority of his life in Buckhannon and moved to Webster County nine years ago.  He was a West Virginia State Trooper serving in Petersburg, Buckhannon, Elkins, Marlinton, Moundsville, Wheeling, Wellsburg, Tri Delphia, and Charleston retiring in 1981.  He was also a school teacher and coach for 15 years, enjoyed golfing, reading, and all sports.  He was a member of the WV State Police Retired Members Association and Marlinton Lodge 127 AF&AM.

Friends may join the family to remember Bill on Saturday, July 28, 2012 from 11:00 - 1:00 at Dodd & Reed Funeral Home.  Memorial Services will be held at 1:00 PM with Rev. Reggie Stewart, Rev. Dave Sommerville, and Chaplain Isaac Harmon officiating.

To order memorial trees or send flowers to the family in memory of Carl Chapman, please visit our flower store.