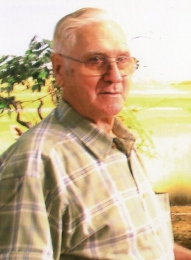 Bryan G. Jordan, 85 of Diana, passed away peacefully on Monday, June 30, 2014 at his residence. He was born March 28, 1929 in Replete to Frank and Lillian Arbogast Jordan and was a lifelong resident of Webster County. He was a bus driver and maintenance worker for the Webster County Board of Education and was Baptist by faith. He enjoyed hunting, fishing, woodworking, farming, and the HAMM Radio. He was a past member of the NRA and Sportsman Club.

Friends may join the family for visitation on Wednesday, July 2, 2014 from 6:00 to 8:00 PM at Dodd & Reed Funeral Home. Funeral Services to celebrate Bryan's life will be held on Thursday at 11:00 AM with Rev. Eddie Bender officiating. Interment will follow in Jordan Family Cemetery, Diana.

To order memorial trees or send flowers to the family in memory of Bryan Jordan, please visit our flower store.