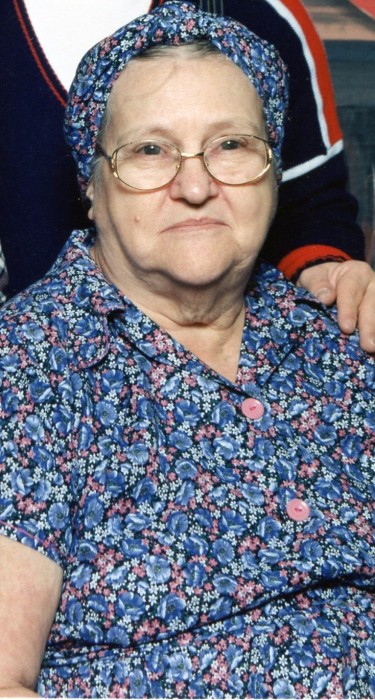 Beulah Ruth Cogar, 87 of Diana passed away on Wednesday, May 11, 2016 at Braxton Health Care Center after an extended illness. She was born January 4, 1929 on Desert Fork in Webster County to John Franklin and Ina Eldie Anderson Brooks. Beulah married Freeman Cogar on September 21, 1946 and lived her whole life in the Diana area with the exception of her stay at Braxton Health Care Center. She was a homemaker, an avid gardener, and loved her flowers. Beulah was Baptist by faith and will be remembered by all for her applesauce pies.

Friends may join the family for visitation on Saturday, May 14, 2016 from 10:30 to 11:30 AM at Dodd & Reed Funeral Home. Funeral Services to celebrate Beulah’s life will be held at 11:30 AM with Rev. Curt Davis officiating. Interment will follow in Fisher Run Cemetery, Diana.

To order memorial trees or send flowers to the family in memory of Beulah Cogar, please visit our flower store.