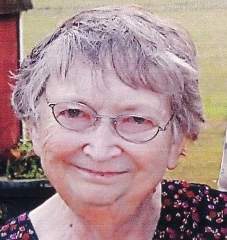 Betty Lee Barbe, 85 of Middletown, Ohio passed away on Wednesday, August 28, 2013 at Hospice of Butler & Warren Counties.  She was born September 24, 1927 in Hacker Valley to Theodore and Delia Bender Duke and was a homemaker.  She was a member of the Hacker Valley Baptist Church until she moved to Ohio, was a 1945 Webster Springs High School Graduate, and a former 4-H member.

Betty is survived by her husband Gerald Barbe of Middletown; son Joseph Barbe of Colerain Twp.; daughters Sandy Barbe of Fairfield, Kimberly Barbe Cash of West Chester, and Tammy Wilcox of Colerain, Ohio; 10 grandchildren; and 5 great-grandchildren.  She was preceded in death by her parents.

Friends may join the family for visitation on Sunday, September 1, 2013 from 1:00 to 2:00 P.M. at Dodd & Reed Funeral Home.  Funeral Services to celebrate Betty's life will be held at 2:00 P.M. with Rev. Scott Posey officiating.  Interment will follow in Hacker Valley Cemetery.

To order memorial trees or send flowers to the family in memory of Betty Barbe, please visit our flower store.