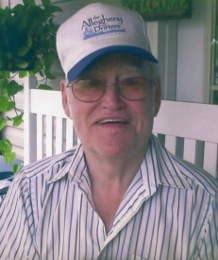 Bert F. "Frank" Cochran, 78 of Diana passed away on Wednesday, October 29, 2014 at his home surrounded by his family. He was born August 3, 1936 in Diana to Bert W. and Audrey Riffle Cochran and was a lifelong resident of Webster County. He met Helen Carpenter in 1955 and they spent 59 years together, a few in Ohio but most of them in West Virginia. He was a coal miner and general laborer, working at Morton Salt and Ford Motor Company in Ohio, and returning to Diana in 1971. He attended Long Run Baptist Church and was Christian by faith. He was a well-known musician, playing almost any instrument, and had a family band known as "Little John and the Cochran Family". Frank enjoyed meeting new people and if you knew him, you knew he never met a stranger. He would start a conversation with anyone he met, no matter where he was. He enjoyed fishing and being outdoors but his greatest joy besides playing music was spending time with his family.

Friends may join the family for visitation on Saturday, November 1, 2014 from 12:00 to 2:00 PM at Dodd & Reed Funeral Home. Funeral Services to celebrate Frank's life will be held at 2:00 PM with Rev. Curt Davis officiating. Interment will follow in Big Run Cemetery, Diana.

To order memorial trees or send flowers to the family in memory of Bert Cochran, please visit our flower store.