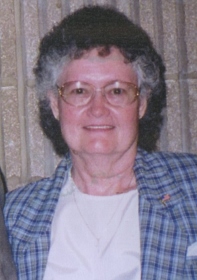 Barbara Jean Hines Postalwait, 79 of Webster Springs passed away on Friday, December 12, 2014 in Ruby Memorial Hospital surrounded by her family. She was born April 07, 1935 in Parcoal to Leonard E. and Icie G. Brady Hines and was a homemaker. She was a lifelong resident of Webster County and was a former 4H leader. She enjoyed cooking, sewing, working puzzle books, and spending time with her family.

Friends may join the family for visitation on Tuesday, December 16, 2014 from 6:00 to 9:00 PM at Dodd & Reed Funeral Home. Funeral Services to celebrate Barbara's life will be held on Wednesday at 1:00 PM at the Funeral Home with Rev. Bennie Cowger and Rev. Curt Davis officiating. Interment will follow in Cool Springs Cemetery, Diana.

To order memorial trees or send flowers to the family in memory of Barbara Postalwait, please visit our flower store.