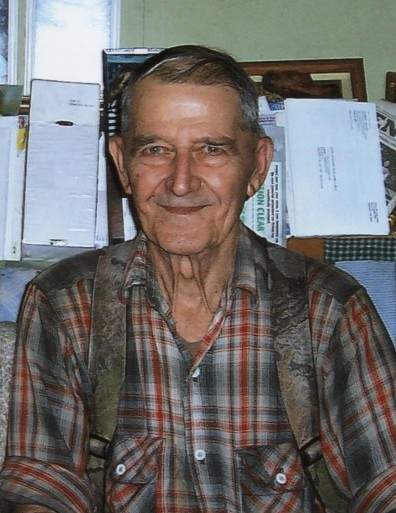 Born February 9, 1920 in Hacker Valley, he was the son of the late Manuel and Dessie (Simmons) Carpenter. In addition to his parents, Arnel was preceded in death by his wife, Lenora Carpenter; and brother, Arnie Carpenter.

Arnel was an avid hunter, worked as a woodsman and a farmer, and was a member of the United States Army, serving during World War II.

Services will be held at 2:00 P.M. on Wednesday, October 21, 2015 at Dodd & Reed Funeral Home, Webster Springs with the Reverend Cecil Williams officiating.  Burial with Military Honors will follow at the Ware Cemetery in Hacker Valley.

Friends may join the family for visitation from 6-9 on Tuesday night at the funeral home.

Dodd & Reed Funeral Home is honored to be serving the Carpenter family.

To order memorial trees or send flowers to the family in memory of Arnel Carpenter, please visit our flower store.