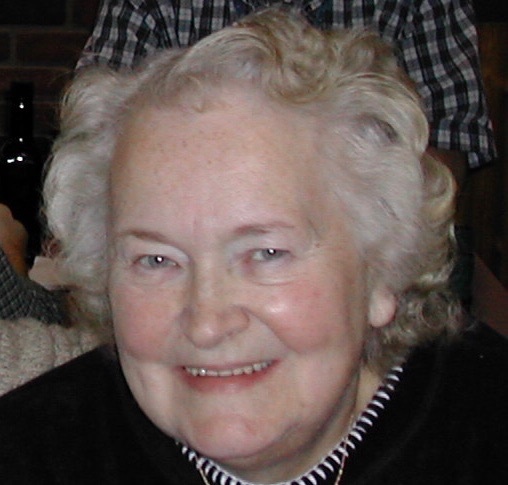 Amelia Mary Anderson of the Hacker Valley community left this life peacefully on Friday, March 23, 2018 at her home with family by her side. She was born June 6, 1932 to the late Frank Hermon and Violet Florita Worth Emme in Seattle, Washington. In addition to her parents, she was preceded in death by her brother, Frank H. Emme. She attended the public schools of Seattle and Edmonds, WA, and graduated from Edmonds High School in 1950. She and Stanley J. “Judd” Anderson were married on December 31, 1951 in Edmonds.

Amelia had never been to West Virginia until her marriage, but soon made it her home and found her calling as a leader in the local church and community. She was a lifelong Christian and longtime member of Jerry Run United Methodist Church where she served as lay speaker, Sunday School superintendent and teacher, and youth leader; she was a delegate to the Annual Conference, former Chair of the Conference Committee on Archives and History, and Upshur Parish Council member. She was also a life member of the Hacker Valley Rebekah Lodge #91 and the Webster County Association of Retired School Employees.

Amelia was very involved with helping youth over the years, volunteering countless hours as a 4-H leader, assisting with Youth Conservation Day, establishing a community study and activity center in an old store building, substitute teaching in one and two room schools in the area, heading the Hacker Valley School yearbook for many years, helping students prepare for the Golden Horseshoe exam, chaperoning groups at the state capitol, reading to children, advising students on social studies and science projects, coaching math field day teams, and serving as a judge for academic competitions at the county level.

She was elected to the Webster County Board of Education and served for ten years, a large portion of the time as President. She was instrumental in getting a high school activity bus run, so students in distant parts of the county could participate in after school activities, and considered that to be the high point of her service.

Amelia was a member of Challenge WV, and believed in community schools; she helped found Put children First, Inc., a Hacker Valley School support group, and worked with the effort to keep both the elementary school and a post office in the community. The library in the new Hacker Valley School was named and dedicated in her honor in November, 2016. For several years she was employed as Director of the Webster County Senior Citizens. She also served on the boards of the Webster County Health Department, Webster County Memorial Hospital, and Camp Caesar.

In addition to her many volunteer duties, she was a wonderful partner and wife, supporting her husband Judd in his many endeavors as a leader and educator in his own right, keeping him grounded and prepared for his many roles. For at least ten years, Amelia assisted at the Jerry Run Summer Theater by greeting visitors and taking up the gate. She loved and served her family with all her heart, and her grandchildren have many happy memories of her custom-decorated birthday cakes, days spent making crafts at her house, picking blueberries, and traveling with her to events.

Amelia was a good listener and a natural leader with an ever-positive outlook, never once complaining about the many hours she devoted to community service, and always accepting of others, no matter who they were. Her life was a testimony to the Methodist motto of John Wesley: Do all the good you can, By all the means you can, In all the ways you can, In all the places you can, At all the times you can, To all the people you can, As long as ever you can.

Funeral Services will take place at 3:00 PM on Sunday, March 25 at the Jerry Run United Methodist Church near Hacker Valley, with Rev. Marvin Carr, WV Hospice Chaplain Jen Suehs-Vassel, and Pastor Dave Bowen officiating. Visitation will be from 1:00 to 3:00 PM with burial to follow at the Upshur County Memorial Park in Tennerton, WV.

To order memorial trees or send flowers to the family in memory of Amelia Anderson, please visit our flower store.