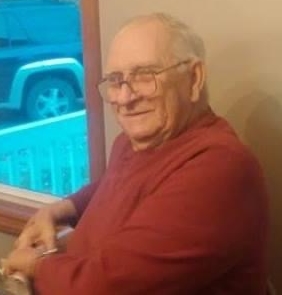 Born October 24, 1938 in Bergoo, he was the son of the late Fred Clay and Erma Mae (McCormick) Griffith.  In addition to his parents, he was preceded in death by his wife, Gloria (Hamrick) Griffith; grandson, Cody Anderson; and his siblings: Walter Clay Griffith, Macel Weaver, Franklin Griffith, Lorraine Eskew, Shirley House, Opal Sandy, and Louella Bright.

Robert was a retired coal miner who enjoyed watching game shows, westerns, and Andy Griffith.  When he was able, he liked to hunt and fish.  He was a former member of the Cowen Volunteer Fire Department, and an Honorary Trustee at First Missionary Baptist Church, where he was a member.  His love for his children and grandchildren was unmatched; and he enjoyed spending quality time with his family.

Services to celebrate the life of Robert will be held at 2pm, Saturday, January 1, 2022 at Dodd & Reed Funeral Home, Webster Springs, with Pastor Bennie Cowger officiating.  Burial will follow at Union Cemetery, Parcoal. Friends may join the family from 12pm-2pm on Saturday at the funeral home for visitation.

Dodd & Reed Funeral Home is honored to be serving the Griffith family.

To order memorial trees or send flowers to the family in memory of Robert Griffith, please visit our flower store.