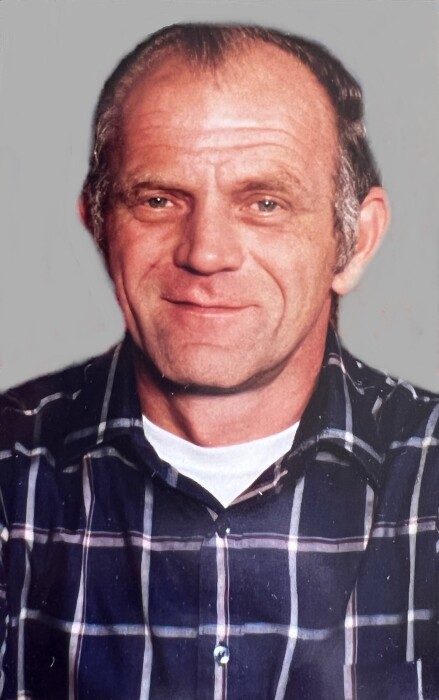 David F. Baker, 75, of Parcoal, Webster Springs, gained the fulfillment of God's amazing promise to forever reign with Him in paradise. Forever in heaven where he will bask in God’s love through all eternity. This being the reward that Dave has read about, studied and taught about for so many times over the last several decades. Being diligent in his service to God, he was welcomed into the arms of Jesus on Monday March 28, 2022 at his home in Parcoal, West Virginia.

Dave was the son of the late Loyal T and Lela F Brooks Baker.  He was born in Diana on March 14, 1947.  He married the love of his life Harriet June Williams Baker on December 19, 1969.  They enjoyed 34 years of love before she proceeded him in death.

Left to cherish his memory are his daughter Marzella and her husband Jeff Hamrick of Winfield, his grandchildren Caleb Hamrick and Hannah Hamrick both of Winfield, sister-in-law Rosa Mary Baker and nephews Tom Baker and Jason Baker, and many precious friends and neighbors that have been so good to him over the years especially toward the end when he needed them the most.   In addition to his parents and wife he was preceded in death by his brother Harrison Baker.

Dave made his career as a mechanic for Cool Motors in Cherry Falls.   Although he was very devoted to his work, his greatest time spent was the time he and June shared making memories with their two precious grandchildren, Caleb and Hannah.   It seemed there was not enough days in the week or hours in the day to juggle work and the many trips from home to Winfield. Their lives consisted of many, many trips from their home in Parcoal to Winfield for the sole purpose of making memories with the family they both treasured so deeply.  On many occasions they made the trip to Charleston only to happily turn around and bring the kids right back “home”.   Where perhaps the rules were a little different at Grandpa Dave and Grandma June’s home.  One of their greatest memories made were the times they were able to take Caleb and Hannah to church with them at Cherry Falls Chapel, just as they had taken Marzella for many years before.

Dave is a member of Cherry Falls Chapel where he gladly served in the capacity of deacon and  teacher, yet always happy to serve and glorify God in any capacity that he could.  Although his health did not permit him to be active in the church in the last few months, he stayed firm in his trust and service to God, leaving a testimony and a legacy to all who knew him.  Dave delighted in sharing the love of God with all that he could. He spent many hours studying and feeding his soul with the word of the Lord, fully believing and trusting in God’s promises.

At a young age, Dave was drafted into the United States Army, where he served his Country during the Vietnam conflict.  He took pride in knowing that His service was time well spent in keeping with the freedoms afforded to the United States of America and was a recipient of a Purple Heart.

Although selfishly, we mourn for the emptiness that remains from his loss, we rejoice in just trying to imagine the reunion as his faith turned to Sight.  We can surely hear Dave crying out, just as The Psalmist David did in Psalm 31:5 “Into thine hand I commit my spirit: thou hast redeemed me, O Lord God of truth.”.   Imagine the singing and rejoicing of the Angels as Dave heard our Master say “Today shalt thou be with me in Paradise” Luke 23:43

Funeral services will be conducted Saturday, April 2, 2022 at 1pm with visitation from 10-1 at Dodd and Reed Funeral Home Webster Springs, WV. Interment with military honors will follow in Union Cemetery, Parcoal.

To order memorial trees or send flowers to the family in memory of David Baker, please visit our flower store.